You can often see many elk less than a mile from the hotel (or even in our parking lot at times!)

Early records indicated that elk were abundant in the state prior to being settled by European explores and colonists. As these settlers moved westward the elk population declined.

Elk once roamed the southern Appalachian mountains and elsewhere in the eastern United States. They were eliminated from the region by over-hunting and loss of habitat. In Tennessee, the last elk was killed in the mid-1800s. By 1900, the population of elk in North America dropped to the point that hunting groups and other conservation organizations became concerned the species was headed for extinction. The Tennessee Wildlife Resources Agency (TWRA) decided to reintroduce elk to the state in the late 1990’s. The reintroduction of elk into Great Smoky Mountains National Park began in 2001 when 25 elk were brought from the Land Between the Lakes National Recreation Area along the Tennessee-Kentucky border. In 2002, the park imported another 27 animals.

The best times to view elk are usually early morning and late evening. Elk may also be active on cloudy summer days and before or after storms. Enjoy elk at a distance, using binoculars or a spotting scope for close-up views. Approaching wildlife too closely causes them to expend crucial energy unnecessarily and can result in real harm. If you approach an animal so closely that it stops feeding, changes direction of travel, or otherwise alters its behavior, you are too close! 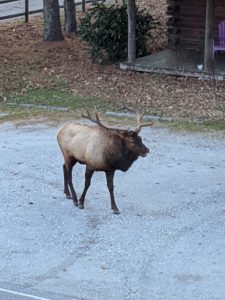 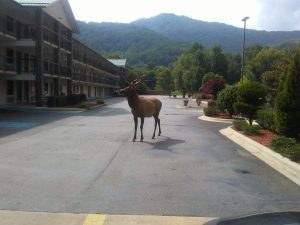 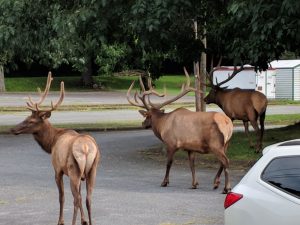 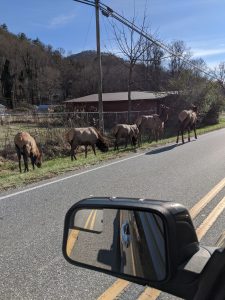 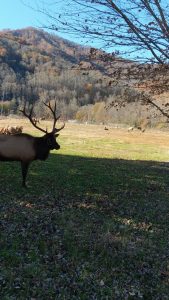 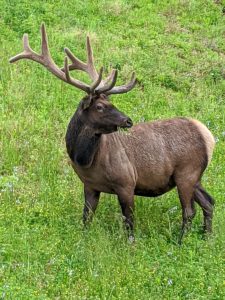 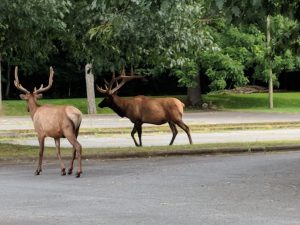 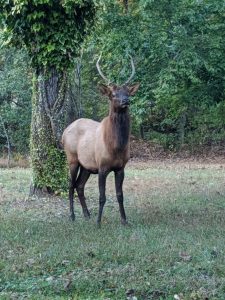 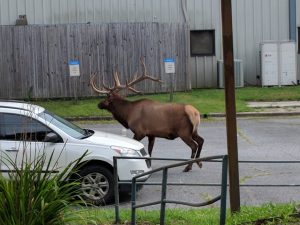 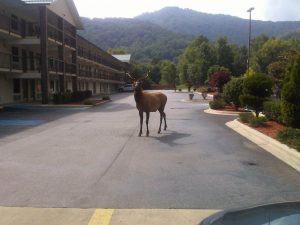 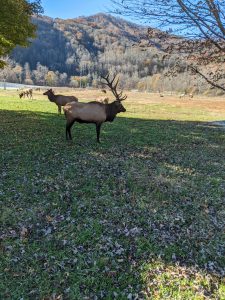 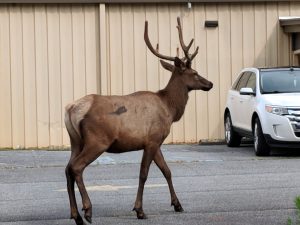 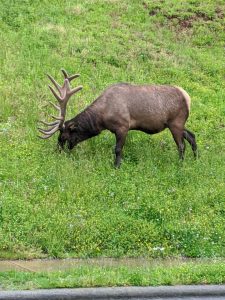 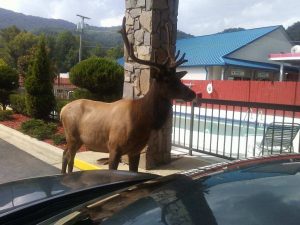 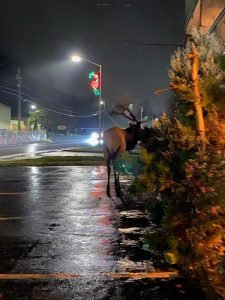 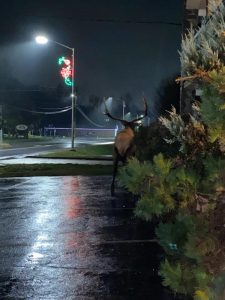 Willfully approaching within 150 feet, or any distance that disturbs or displaces elk, is illegal in the park. Violation of this federal regulation can result in fines and arrest. Do not enter fields to view elk—remain by the roadside and use binoculars, telephoto lens, or a spotting scope to view the animals.